DevOps – A Reflection on the Fashion Trend 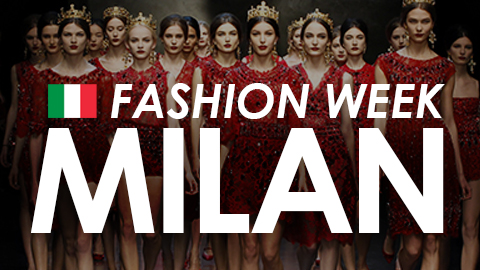 A reflection on DevOps and the way in which according to the field of Information Systems this could be seen as a fashion trend is pretty clear – but what do i mean IS and Fashion?

There is a published view from leading journals, MIS Quarterly, Journal of Information Technology and Journal of the Association for Information Systems, that link and or compare IS trends and uptake in practices and or technologies to that of the Fashion trend arena – in turn noting them to be IS Fashion waves (Baskerville, et al. 2009)

If one thinks of this logically – it is not a phenomena that is hard to understand in that Fashion brands and labels often determine the spending patterns of individuals – simply by the brand alone. One can relate this to the I.T. market leaders in certain fields in that products developed by them are, as i would term then, “rubber stamped by association”. Linking this back to fashion, the people that in turn wear the new fashion trends following there adored fashion models (I.T. market leaders) create a herd like behaviour in that people see others wearing such clothing and want to be like them and their role model – so they buy the product too – or in the case of I.T. invest in the software and or product being sold by the I.T. market leader. A paper written by (Sun, 2013) had a good sentence to sum this up, “Herd literature suggests that people tend to discount their own beliefs and imitate others when making adoption decisions.”

People wear great clothing and in turn feel in many ways better about themselves when adorned in a great designer dress or a power name branded business suit. It has been noted as a view that if I.T. Organisations’ names are associated with the Market leaders’ product that in turn there is a perception of higher performance and executive compensation,  (Wang, 2010).

Bringing this back to DevOps if we note that this methodology is in its inception and being spread by practitioners – relating this to the Milan theory paper (Baskerville, et al. 2009) the practitioners are what Baskerville would refer to as the Fashion setters. The trend is widely being advocated by Gartner, Mass media and consultants which create the hype on the trend.

This in turns moves to the organisations who want to start using DevOps and they would be known as the fashion users according to Baskerville.

As larger corporations establish the use of DevOps other organisations will start to follow that were not the early adopters – and follow in that if larger organisations take it on – then it must be working correct? Well the statistics i have read about in the large brands taking it on don’t lie and this would talk to the herd behaviour referenced to by Sun whereby other organisations may jettison their current approaches to take on, invest in DevOps.

What about the larger community of users and how they perceive all the moves of larger organisational learning – their published papers and respond? A paper summed this up to state “even as such organisations learn about their innovation, so too does the larger community.” (Wang, et al. 2009). This is particularly relevant in my view to DevOps in that as the larger organisations and community take on the development methodology they give back to the community in which they are influencing and a part of and in turn the organisations and community create a form of feedback loop and sharing and gaining knowledge as they move forward. DevOps in this context is a more natural fit in my view over the named Fashion setters in accordance to the (Baskerville, et al. 2009) paper but also the actual community itself which in themselves re experts – and this flame of expertise and knowledge is transferred throughout the cycle and community.

To conclude my view on this – DevOps was built by practitioners and for practitioners to bring about a much needed change in the community to gaps that were noted in the needed synergies between Development and IT Operations departments. This included tools and techniques that were developed and refined over a period of time. Large players are now involved in providing services to the various parts of the life cycle and in turn this trend, this IS fashion is off to a great beginning.

Large names have invested in the DevOps methodology – Flickr, Uber, Walmart, Netflix, Facebook – and if they were catwalk models they would all be in Prada, Boss, Zegna or Canali designer clothing. A question to ask yourself – are you on the catwalk – or are you still deciding if you want to get rid of those very old “non-designer” jeans ?